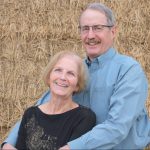 Mike is a pastor at HPHC and leads the Worship Team. He is a drummer as well and enjoys preaching.  In addition, Mike oversees the Sharehouse ministry working in conjunction with Nelson and Stacy. Mike is a graduate of Fort Lewis College (1977) with a BS in Science and Colorado State University (1980) with a MS in Animal Science. Mike works in the logistics software business as a business solutions consultant, helping large companies develop and improve logistics and supply chain solutions. Mike’s hobbies are hunting, fishing, woodworking, dabbling with automotive projects and reading. Mike is married to his lifelong sweetheart, Jan and has 2 sons, Brian (Tess) and Todd (Bethany) and 3 grandchildren. Being involved in his children’s and especially grandchildren’s lives are precious moments given by God. They are such a joy.  Mike came to know Jesus Christ at the age of 9 growing up on a farm/ranch in southeastern Colorado.  The family attended a small Quaker church and after college, Mike rededicated his life to Jesus Christ while attending the Evangelical Free Church in Nebraska.  Mike and Jan relocated the family to Eaton, CO in 1980 due to his job and began attending Eaton Evangelical Free. In 2015 Mike and Jan began attending High Plains Harvest, responding to a call by God on their lives. In 2017 Mike began attending PLI (Pastor’s Leadership Institute) and graduated in December of 2018.  He was named Pastor March 19, 2019.

Josh lives in Eaton with his wife Katie and three young kids. Josh and Katie were married at Mountain View Community Church in 2011 where they had been attending through college. They moved to Windsor Community Church shortly after where they served in many capacities and where Josh graduated from Pastors Institute in Fall of 2015.Josh graduated from Colorado State University in 2011 with a BS in Applied Computer Technology. During the day he works as a Director of IT in Weld County where his team supports computer infrastructure and staff.  Josh enjoys fly fishing, disk golf and playing with his kids. Josh has been attending High Plains Harvest since Easter 2021 with his family. They are excited to be a part of this community and serve alongside the people of High Plains Harvest. 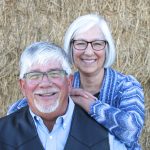 Marvin was born in northeastern Ohio and moved to Pennsylvania as a teenager where he met his wife, Twyla. While he was raised in a family that regularly attended church services including Sunday School and Bible School, it wasn’t until moving to Colorado in 2003 that the Lord began changing his heart. Through a series of business failures, family struggles, and a health crisis, God brought Marvin to his knees in the parking lot of Home Depot where he surrendered his life to His Savior, Jesus Christ. Marvin is devoted to his Lord, wife, and family and is excited to serve the pastors and body of believers at High Plains Harvest Church. 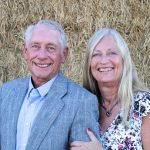 Gary Hazen serves as a Deacon, Sunday School teacher, member of the Financial Accountability team, and Men’s Ministry Leader. He has attended HPHC since 2018. Gary grew up in Iowa and Nebraska. Gary accepted Christ as his Savior in the ninth grade and rededicated his life to the Lord in 1974. He attended Wayne State College and the University of Nebraska at Omaha. He worked
at Eastman Kodak for 31 years. He was Chief Operator in Utilities and was in the fire department for a short time. He retired at age 55 to work on his farms. Among the ministries Gary has been involved in is the jail ministry speaking to people in need of salvation. He is also a Gideon. Going with a team from
the United States to the nation of Bolivia, in one week they gave out
146,000 Bibles. Thousands of people accepted Christ.
Gary was married to a great godly woman for 50 years. His wife, Mary, and
daughter, Tiffany, passed away in 2020. He met another godly woman,
Elvira and married her in 2022. They both have a desire to serve the Lord
in whatever He asks. Gary has two living children, a daughter, a son and
five grandchildren. Elvira has a son, two daughters, ten grandchildren and
two great grandchildren. 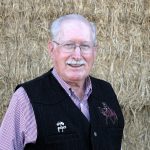 Gene was born in Red Oak, Iowa in June of 1944. He grew up on a farm where his dad raised many crops, hogs, sheep, and a few dairy cows. He became a Christian in 1962 working on a cross country pipeline construction, but with no follow-up or discipled until he met his wife. She helped Gene to study scripture from “cover to cover”. He moved to Colorado in 1960, graduated from Loveland High School in 1962 and joined the Coast Guard in 1964. Gene married Dianne in 1968. They have two kids, 5 grandchildren, and one great grandchild. Gene went to Aims and received an Associate in Electronics in June of 1970. He was then hired with Kodak and after 30 years retired from Kodak as a Metrologist. In 2000 he received his license in Real Estate and RE Appraiser. They loved their vacations with family around the country. Gene has served on several boards such as; church boards, NWCWD, Galeton Fire, Planning Commission, County Council, BOA, and ran for State Rep in the 65th. He enjoys mules and draft animals and rebuilding all kinds of draft equipment and is a member of the Colorado Mule Riders. Gene loves to trail ride. Since he was not disciplined, he has a passion for the Men’s Ministry and teaching scripture. His dear wife Dianne passed away July 16th, 2022. Gene continues to grieve her passing while serving High Plains Harvest. 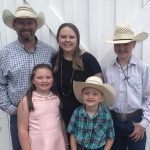 Shai grew up in Northwestern Colorado, and moved to the Ault area in 2005 when she married her high school sweetheart, Bob.  She homeschools her three kids, and works for a utility billing company.
Shai surrendered her heart to the Lord when she was 5. Throughout her youth continued to wrestle with surrender, in all the teen aspects of life. God was faithful in His growth and pursuit of her through a rooted family and church body. Upon, coming to High Plains Harvest in July of 2012, both Bob and Shai experienced the family culture that Shai had grown up in. The solid exegetical teaching cultivated her intrinsic teaching heart. Shai is the Children’s Coordinator and teaches for Womens’ Ministry. She cherishes the seeds planted by children’s ministry, and loves doing that at High Plains Harvest. 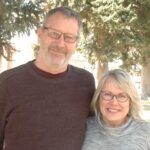 Residing in northern Colorado his entire life, Nelson accepted Christ at a local church revival when he was 10 years old.  He met Stacie, his future wife, in junior high only to marry her 10 years later.  Nelson began volunteering at the Nunn Sharehouse in 2017, eventually taking on the role of Sharehouse coordinator.  He enjoys working with the volunteers and considers it a blessing to share the gospel with all who enter, by actions and words.  They have 2 married sons and 3 grandchildren.

The Return of Sin

Message Posted by webmaster moments ago